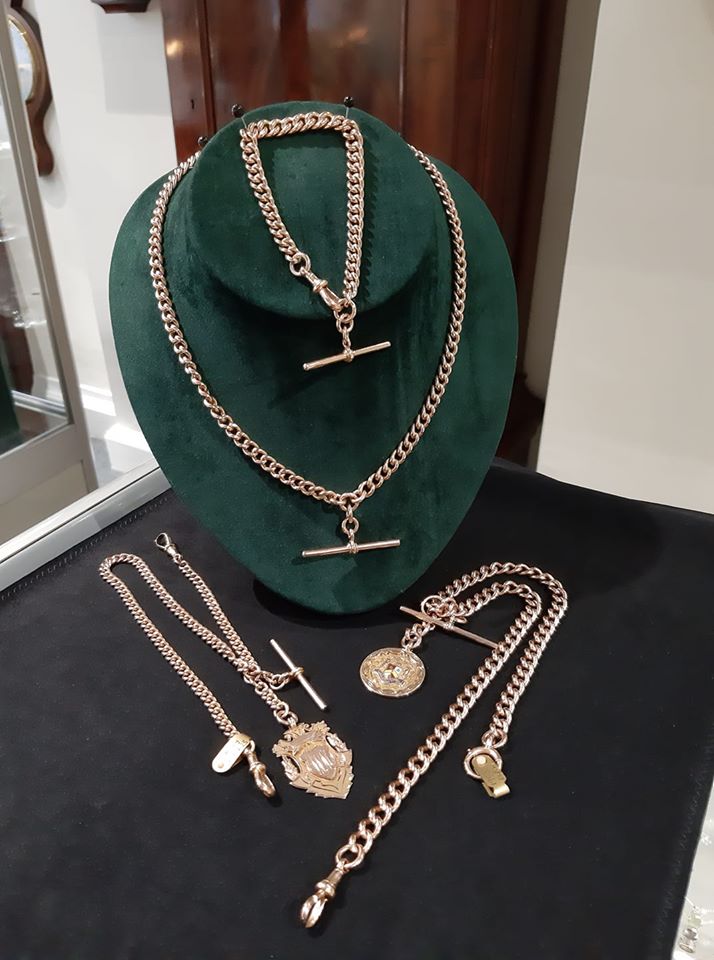 Although Watch chains were available from the 16th century, Albert chains came much later, named after Prince Albert (1819-61). A single Albert chain has a T bar at one end to fasten through the waistcoat and a swivel on the other end to attach to the pocket watch. During the Victorian era, Albert chains were a very popular accessory however they declined in popularity due to the wristwatch. Today Albert chains are still very sought after and are often worn as necklets or made into bracelets.

Crosses and St Christopher’s
Next
We are now stockists of Baume & Mercier watches!

Fosters Jewellers have been providing exceptional Jewellery and Silverware for over 30 years.

At Fosters,the family jewellers,we are proud to offer an exceptional personal service. Call in to the shop or get in touch to find out more about our full range of products & services.

Use this form to find things you need on this site